Is it possible for a platform based on egalitarian principles to evolve to something of an Iron Law?

According to a recent paper by Bradi Heaberlin and Simon DeDeo in future internet, the wikipedia has gradually evolved away from its founding egalitarian ideals to a more or less corporate bureaucracy.

Wikipedia remains in principle a self-governing community, relying primarily on social/peer pressure to enforce the established core norms. However the development of its social hierarchy structure and online behavioral norms among its editors is changing. 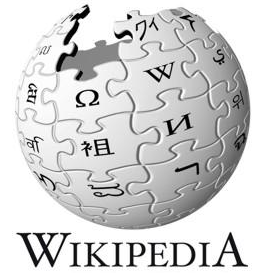 You start with a decentralized democratic system, but over time you get the emergence of a leadership class with privileged access to information and social networks.

The authors identified approximately 100 founding users that set the core norms governing the Wikipedia community. The community has now more than 30 000 active members.

Their interests begin to diverge from the rest of the group. They no longer have the same needs and goals. So not only do they come to gain the most power within the system, but they may use it in ways that conflict with the needs of everybody else.

Check out the extensive article from Gizmodo!

The results of the 2016 Emerald Literati Awards for Excellence are out!

My paper “Participative organizational change and adaptation: insights from a qualitative case study of successful change” published in Development and Learning in Organizations: An International Journal in 2015 has been selected as a Highly Commended Paper in the 2016 Emerald Literati Network Awards for Excellence.

To increase dissemination Emerald has made the paper freely available until end of May 2016.

The published paper is available here.

There is an ongoing discussion (both in Norway and abroad) on how to bring research results to the public sphere. A great example is the case of The Conversation.

Their articles rely on recent academic work while also bringing notable contemporary thinkers to discuss current events. For those working on the emerging bioeconomy the section Economy+Business as well as Environment+Energy can be highly relevant.

Several articles deal with innovation, both in terms of an R&D intensive process as well as frugal innovation. For example, see How low-tech farming innovations can make African farmers climate-resilient.

It is worth noting that Forskning.no started in 2002 as an initiative from the Norwegian Research Council (Norges forskningsråd) together with 12 research institutes. Today about 80 education and research institutes contribute with news, articles and debate.